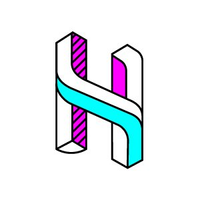 We are a blockchain research, development, & product company bringing financial sovereignty and privacy to the world.

The primary project of Heliax is the Anoma protocol (implemented in Rust). Anoma is self-contained, self-sovereign and capture resistant, enabling private, asset-agnostic cash and private coordination among any number of parties. In addition to Anoma, Heliax works on open-source projects which are part of the Anoma ecosystem, including but not limited to research in cryptographic libraries such as the MASP, Plonk or Ferveo (written in Rust), and tools for high assurance validity predicates and arbitrary zero-knowledge circuits (Juvix, written in Haskell).

Heliax is a remote-first public goods lab which researches, develops, deploys, and maintains open-source protocols & mechanisms designed to serve the everyday needs of humanity. Using this, we build vertically integrated open-source products and networks that form coherent open systems which are capable of acting as an alternative to existing exploitative paradigms. With team members located around the world, our work culture is characterized by open-allocation, where team members have a high degree of freedom and autonomy in choosing when to work, what to work on, and whom to work with.